In Poland, the system covers 97.3 kilometers of waterways of the lower Oder river from Ognicy to Szczecin, together with the Oder Eastern, Western Oder and Lake Dabie.

The company Marine Technology Sp. Zoo. has developed a Functional – Utility Program, which is available on the following website:

The concept presented in PFU assumes:

the expansion of existing sensor networks (without radars)

ensure full coverage of the AIS, DGPS and VHF on an area of RIS system,

extension of the existing data networks,

construction a new part of the data network,

construction of the new headquarters of RIS center. 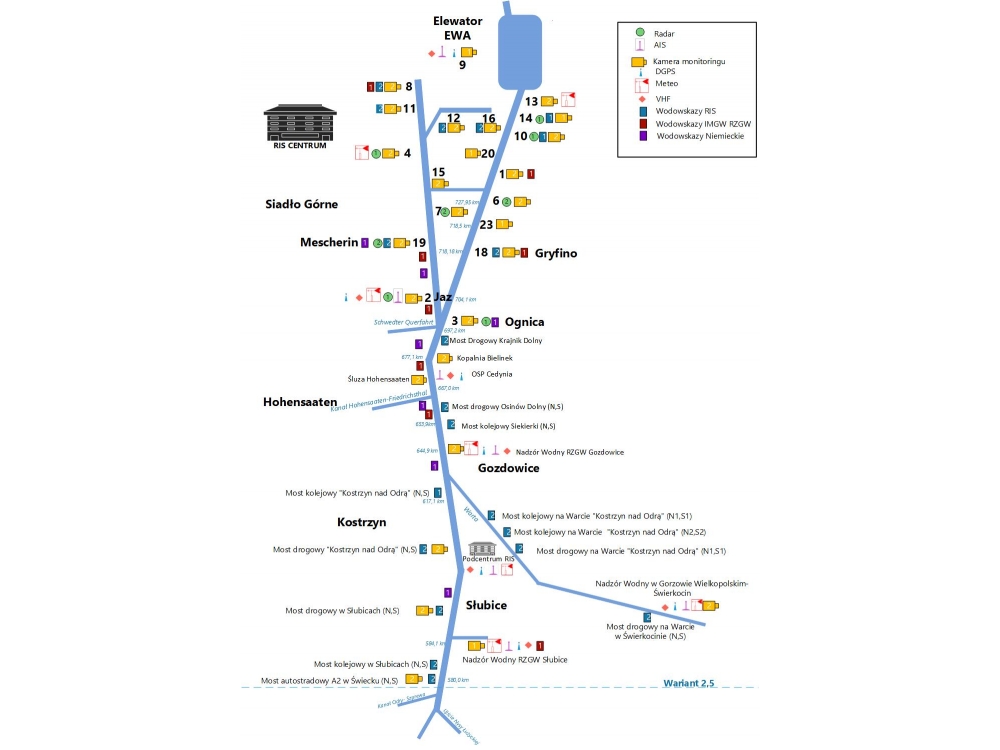 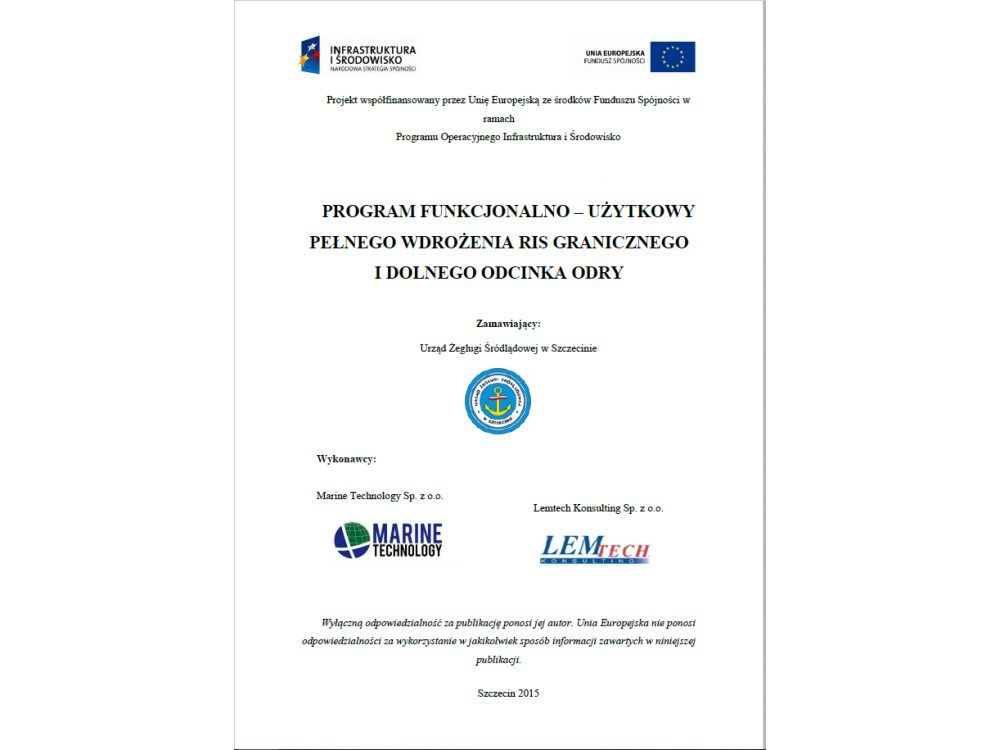 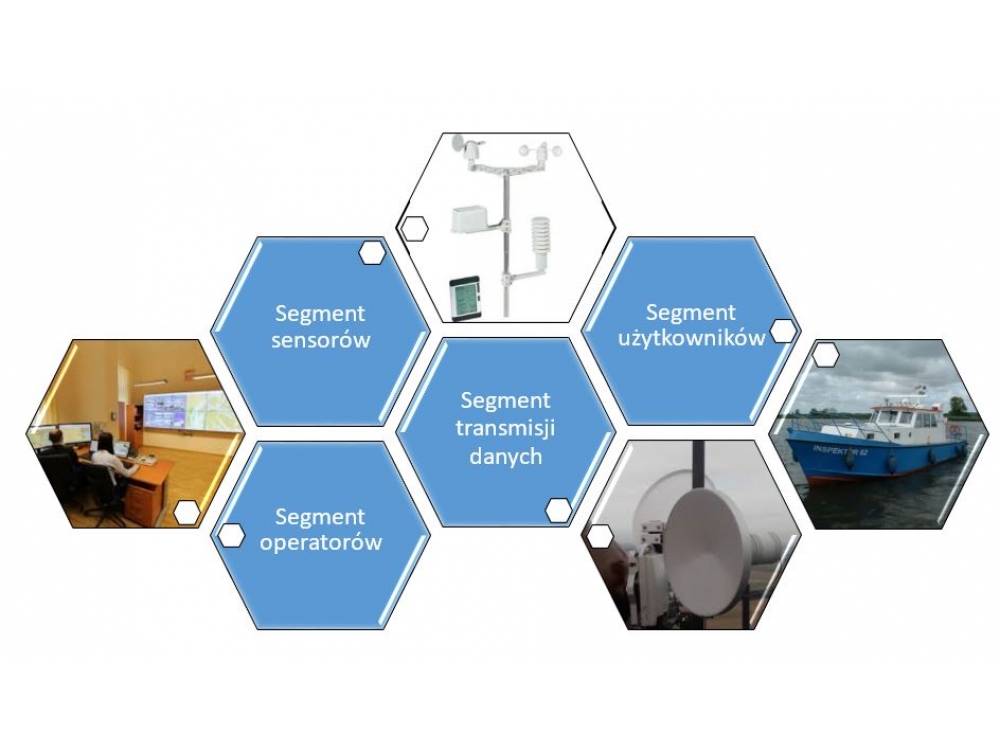